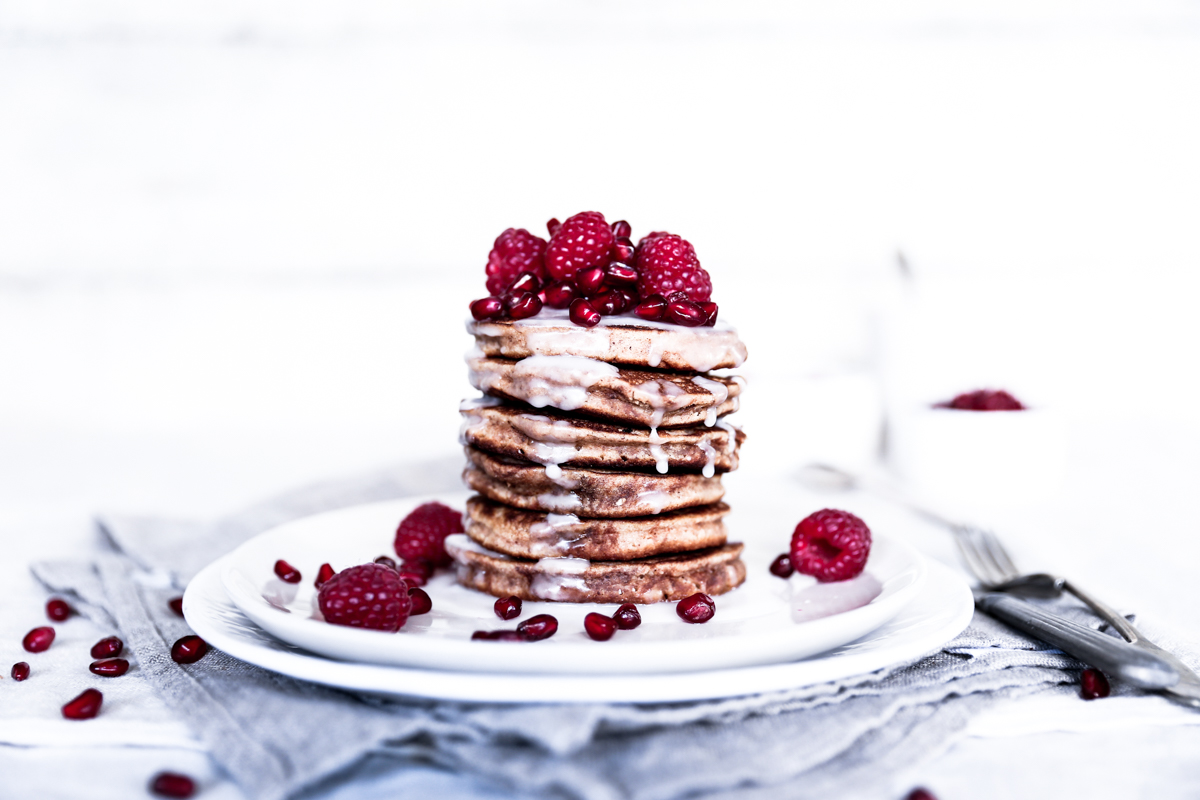 When I dreamed up these cinnamon bun pancakes I was thinking about Christmas morning.

We usually wake at the crack of dawn, have a present opening and playing frenzy with Chewie, go on our dog walk, come back to play with the presents and suddenly realise we forgot about breakfast! It’s then a race to get something delicious prepared before hangriness kicks in. 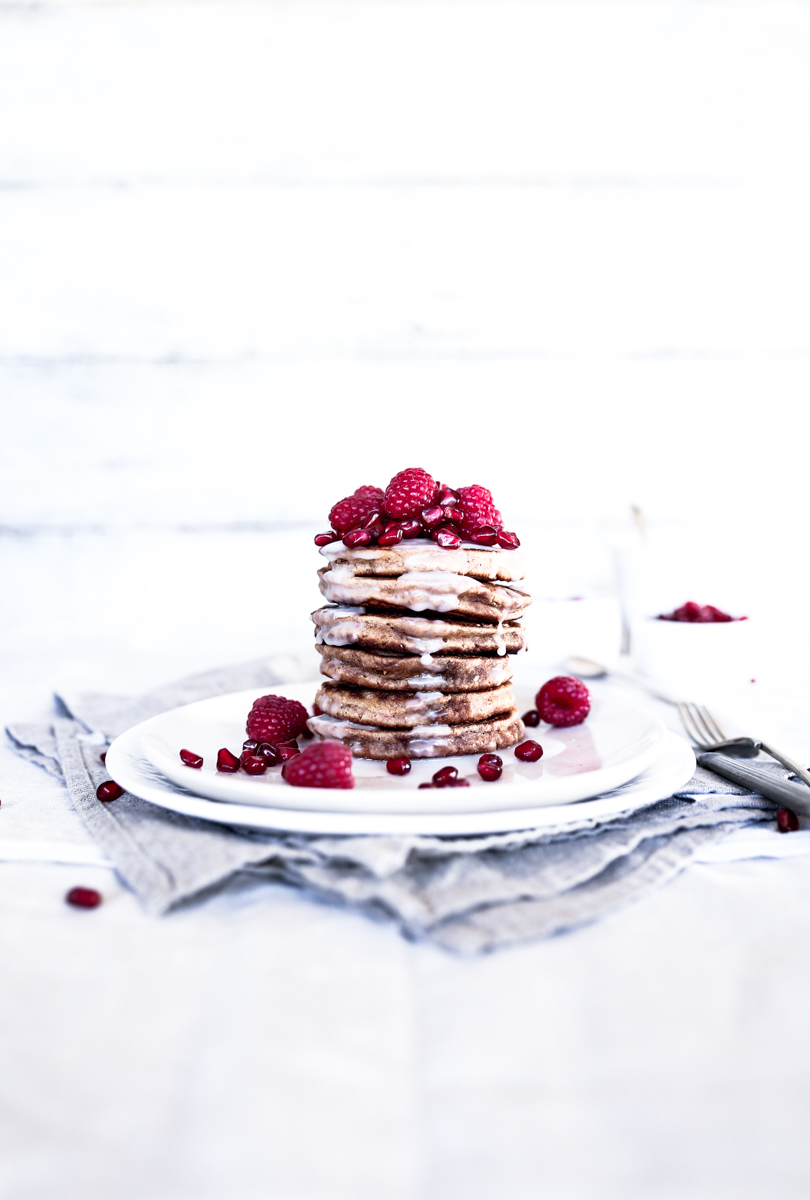 Of course no one really wants to put down their new toys to make breakfast (Chewie would be useless anyways), but we all want something delicious and a bit more exciting than the bowl of cereal we’ve had all year. After all, it’s CHRISTMAS y’all!

Ideally this special breakfast won’t be too big or crazy either as we know there’s likely to be a whole day of feasting ahead so it’s best to pace ourselves.

So when trying to think of the perfect Christmas morning breakfast the idea of cinnamon buns came to mind. The big drawback about those, however, is all the prep required, especially if you want the traditional yeast risen variety.

Given time is usually of the essence, the next best thing to cinnamon buns is of course cinnamon bun pancakes! 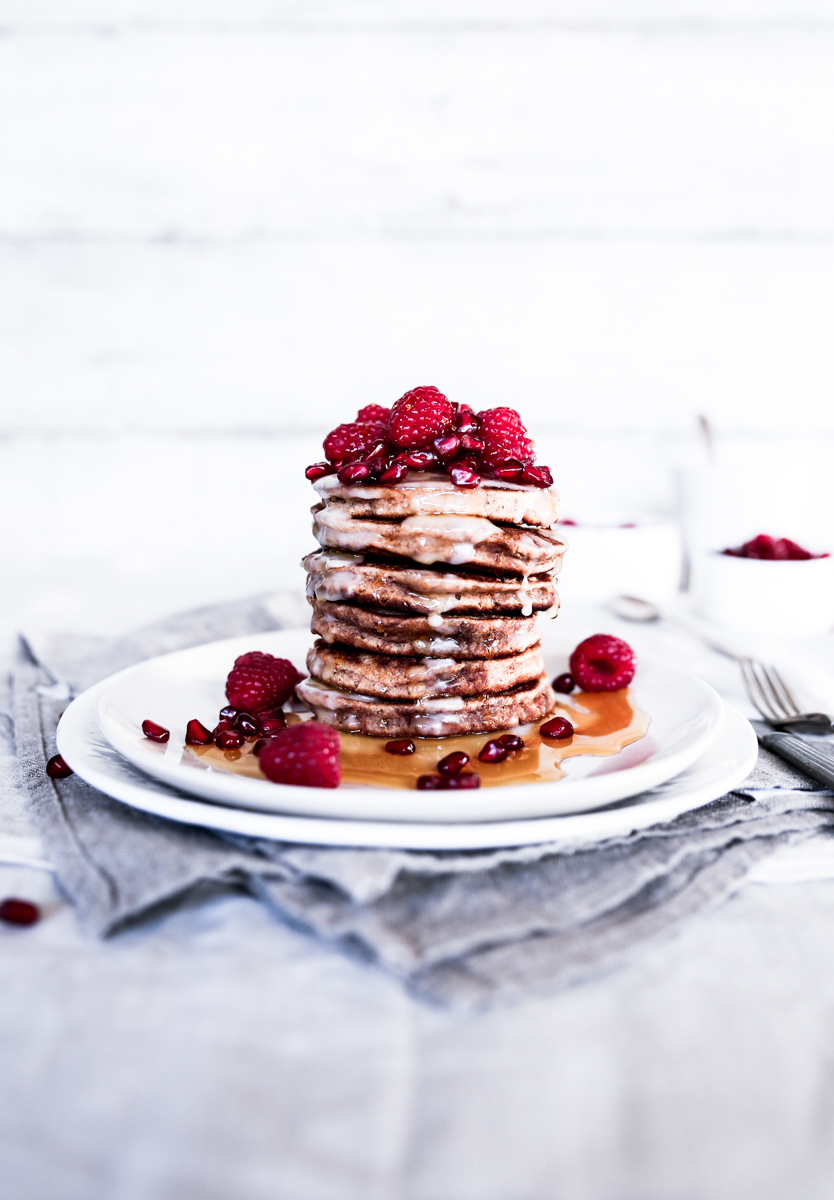 I tested this recipe A LOT and can tell you these pancakes are so deliciously thick they’re almost like eating donuts! They also have a beautiful cinnamon aroma and when drizzled with glaze it’s just like eating cinnamon buns.

If you want a healthier option leave off the glaze and any syrups, and simply serve with fresh berries and yoghurt instead. These pancakes are lightly sweetened already so you’ll find they’re delicious enough on their own without any extra sweeteners.

They’re also a breeze to make. Simply stir the ingredients together and cook off the pancakes in batches. The hardest part is not eating them all straight out of the pan!

And of course it doesn’t have to be Christmas morning to enjoy these pancakes either. In fact it doesn’t even have to be morning. These cinnamon bun pancakes make a delicious dessert and are pretty damn good eaten cold the next day too. 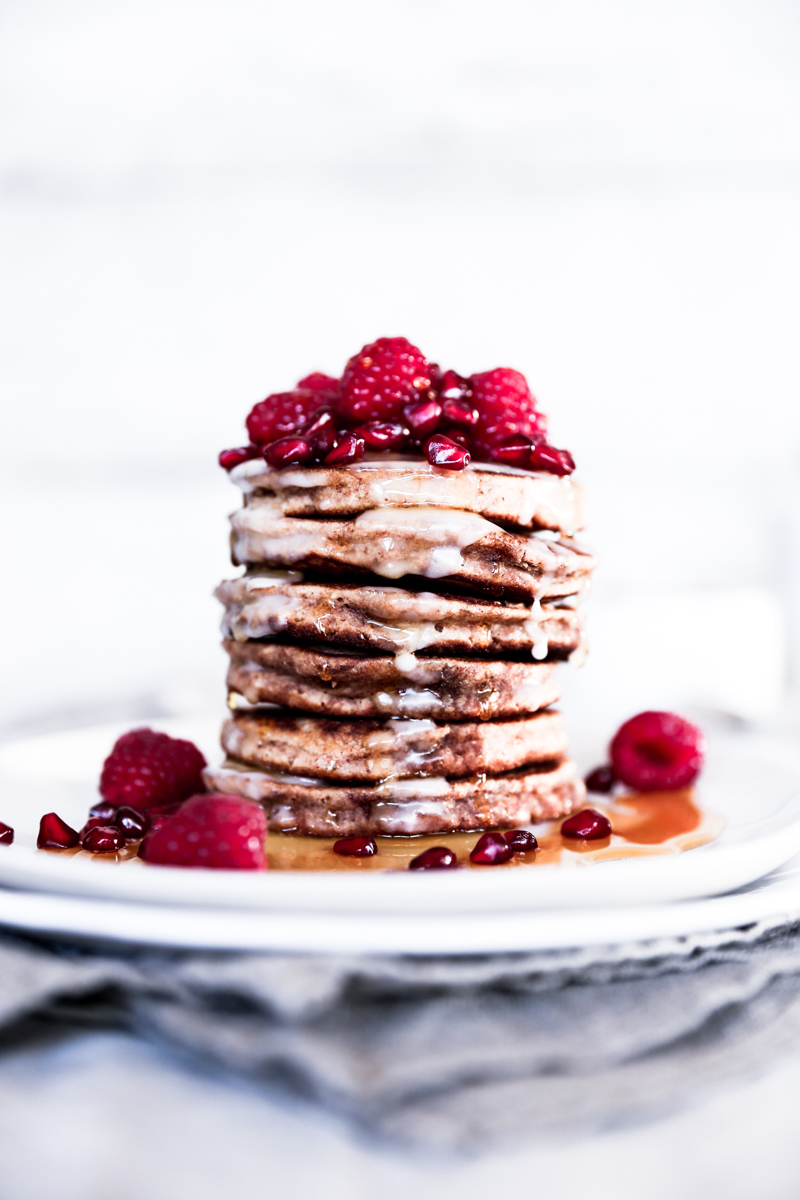 If you make these pancakes, let me know!

This recipe was originally created for my friends at Chantal Organics.

Combine all the dry ingredients, except the cinnamon, in a medium bowl and stir well to combine.
Gently melt the 2 Tbsp of coconut oil either in a bowl set over a pan of steaming water or in a microwave.
Combine all the wet ingredients, except the coconut oil, in a second bowl and use a hand whisk to combine.
Add the wet ingredients to the dry ingredients and stir to combine, then fold in the melted coconut oil.
Lastly add the 2 tsp of cinnamon and gently fold it through so that your mix has a cinnamon swirl.
The mix should be quick thick which creates a nice thick pancake. If it’s so thick it won’t come off a spoon, add a little more milk.

Heat a spoonful of coconut oil in a heavy based fry pan over medium low heat.
When the pan in hot add spoonfuls of pancake mix and shape into round circles.
When you see bubbles appearing all over, flip the pancakes to cook the other side. Add more coconut oil as you need it.
Keep an eye on your pan heat, if it gets too hot the pancakes will burn quickly.

Make the cinnamon bun glaze by stirring the icing sugar and water together in a small bowl.
Pile the warm pancakes up on a plate, drizzle with cinnamon bun glaze and top with berries, pomegranate seeds and maple or apple syrup if desired. 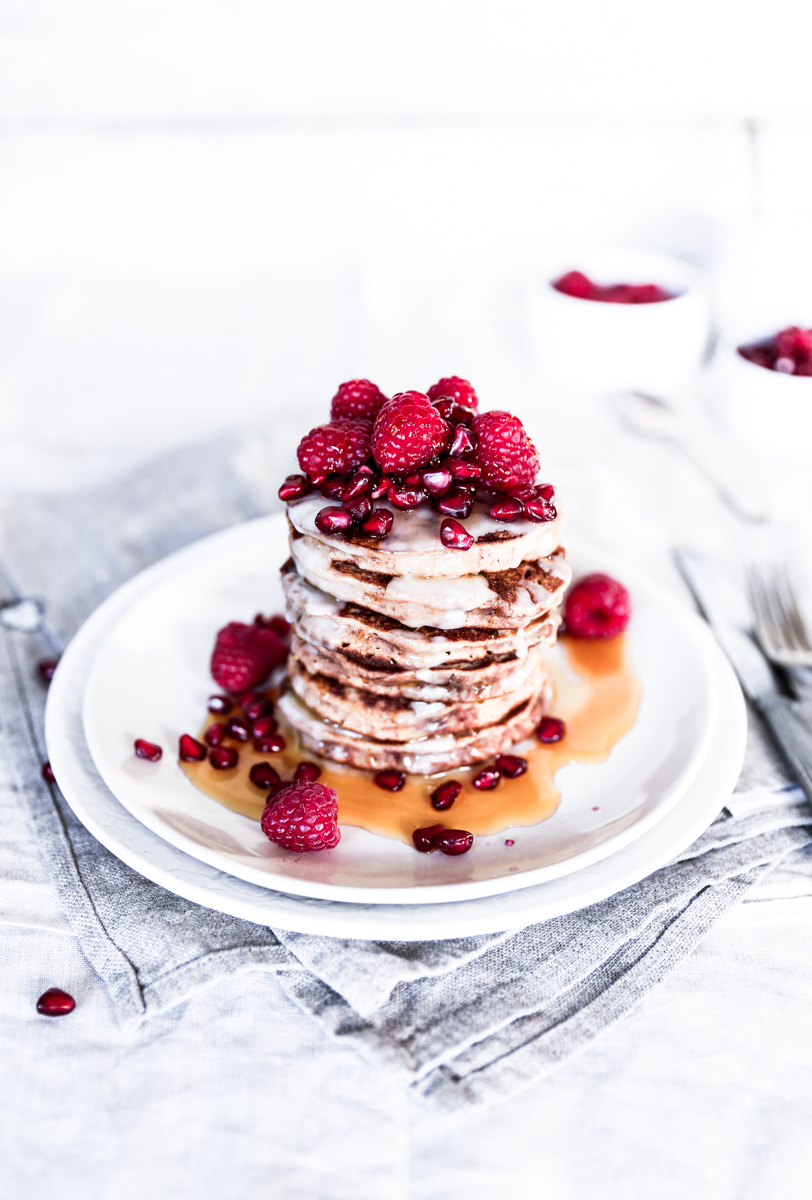