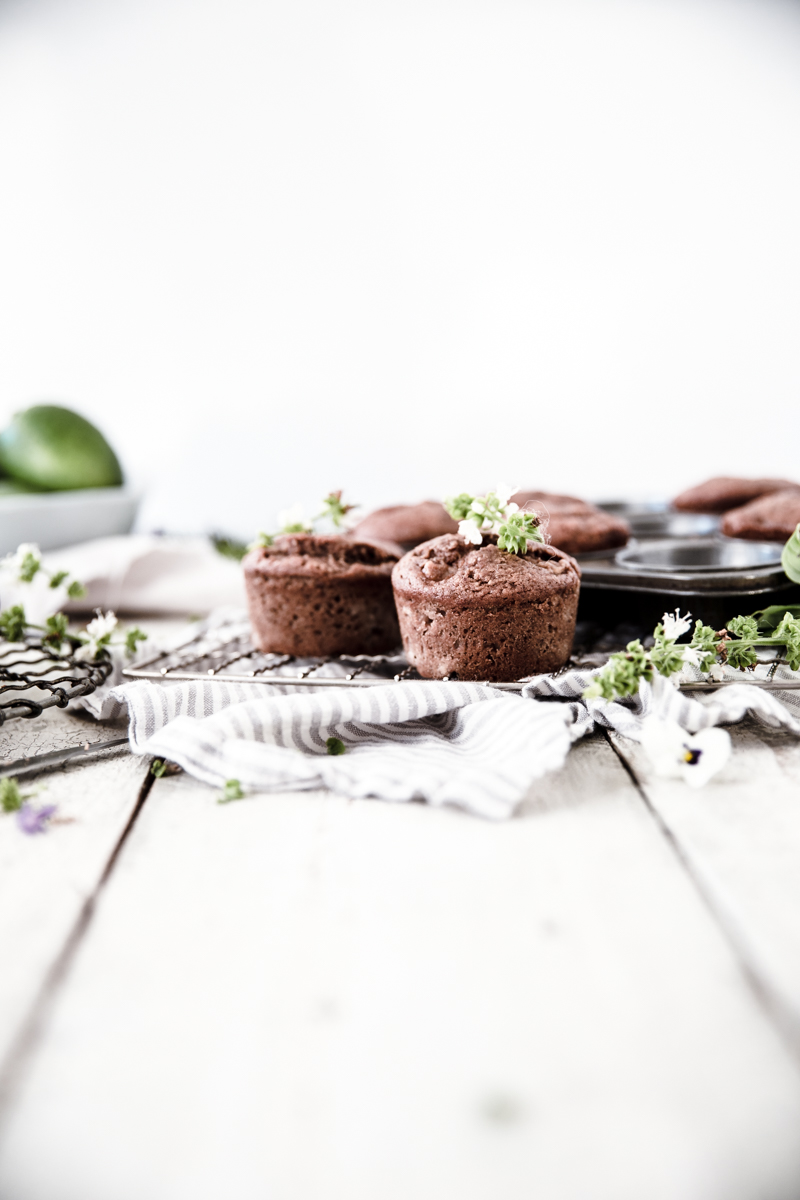 One of the best things about Autumn, besides steaming bowls of vegetable soup and hazelnut hot chocolate on repeat, is feijoa season!

If you haven’t come across a feijoa (also known as pineapple guava or guavasteen), it has a smooth green skin and is about the size of a kiwi fruit. The inside is a creamy colour with a similar in texture to a pear but with jelly bits (sounds weird but it’s the best way to describe them!). Feijoa’s have a very unique, fragrant flavour, which has been described as a cross between a pineapple and guava.

I’m always a little hesitant to post feijoa recipes here as I’m well aware half the world doesn’t have access to them. So if you’re from the half that doesn’t and want to make these muffins, the best swap in this case would be pear. If you were making a smoothie that calls for feijoa, like this feijoa and fennel green smoothie, the best swap would be pineapple. And if you were making a fruit crumble, like these feijoa and pear crumbles, you could swap the feijoa for apple, berries or even peaches! 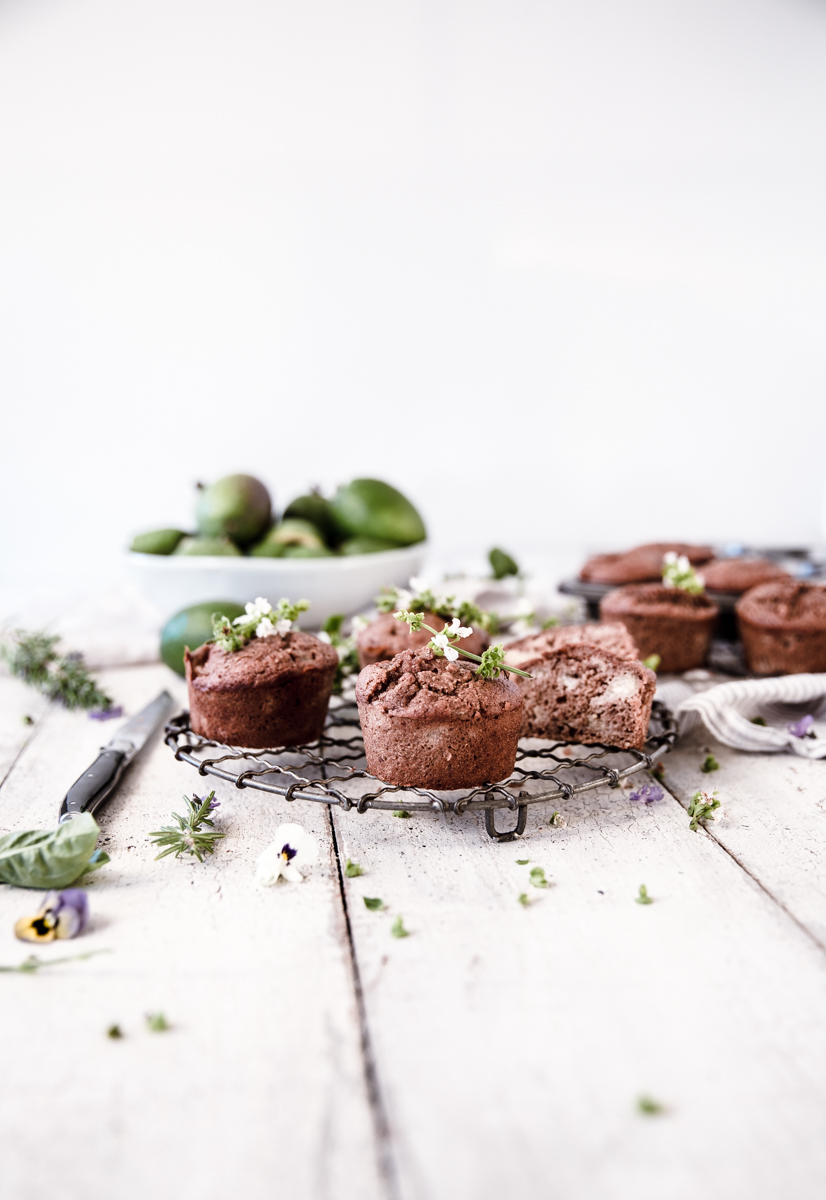 So what’s so special about these feijoa and cinnamon muffins?

They’re low in added sugars because feijoa’s are naturally sweet so there’s no need to go crazy with extra sweeteners.

They’re flavoured with cinnamon and nutmeg which add to the beautiful fragrance of the feijoa’s, and will leave your house smelling amazing.

Lastly, these muffins have a beautiful soft, moist texture, and they stay that way. No drying out over time. If anything, they get even more moist!

So what are you waiting for? You now have 10 amazing reasons why you need to make these muffins stat. 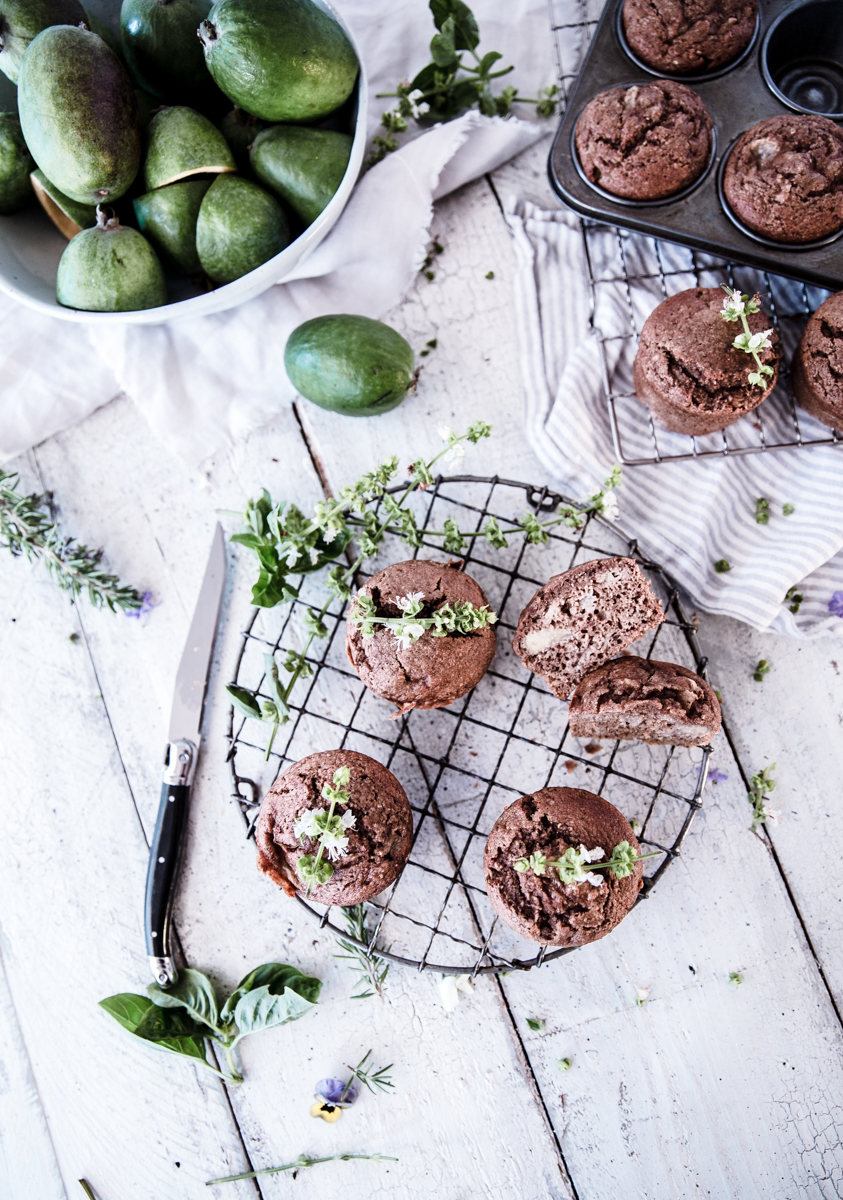 If you make these feijoa and cinnamon muffins, let me know!

Combine all the dry ingredients in a mixing bowl and stir well until evenly combined.

Scoop the flesh from the feijoas until you have 300g, then cut the flesh into bite sized chunks.

Combine the eggs, yoghurt and rice syrup in a small mixing bowl and whisk together until evenly combined.

Add the egg mix and feijoas to the dry ingredients and stir well until evenly combined.

Spoon the mix evenly into the prepared muffin pan and place pan into the centre of the oven to bake for approximately 20 minutes.

Note: for a more decadent topping, sprinkle the muffins with a little coconut sugar and/or coconut thread before baking.

The muffins are ready when they bounce back to a light touch, and a knife inserted into the centre comes out clean.

After removing the muffins from the oven allow them to cool in the pan to prevent sinking.

Store any leftover muffins in an airtight container at room temperature where they’ll will keep for up to 5 days, or in the freezer for up to 1 month. 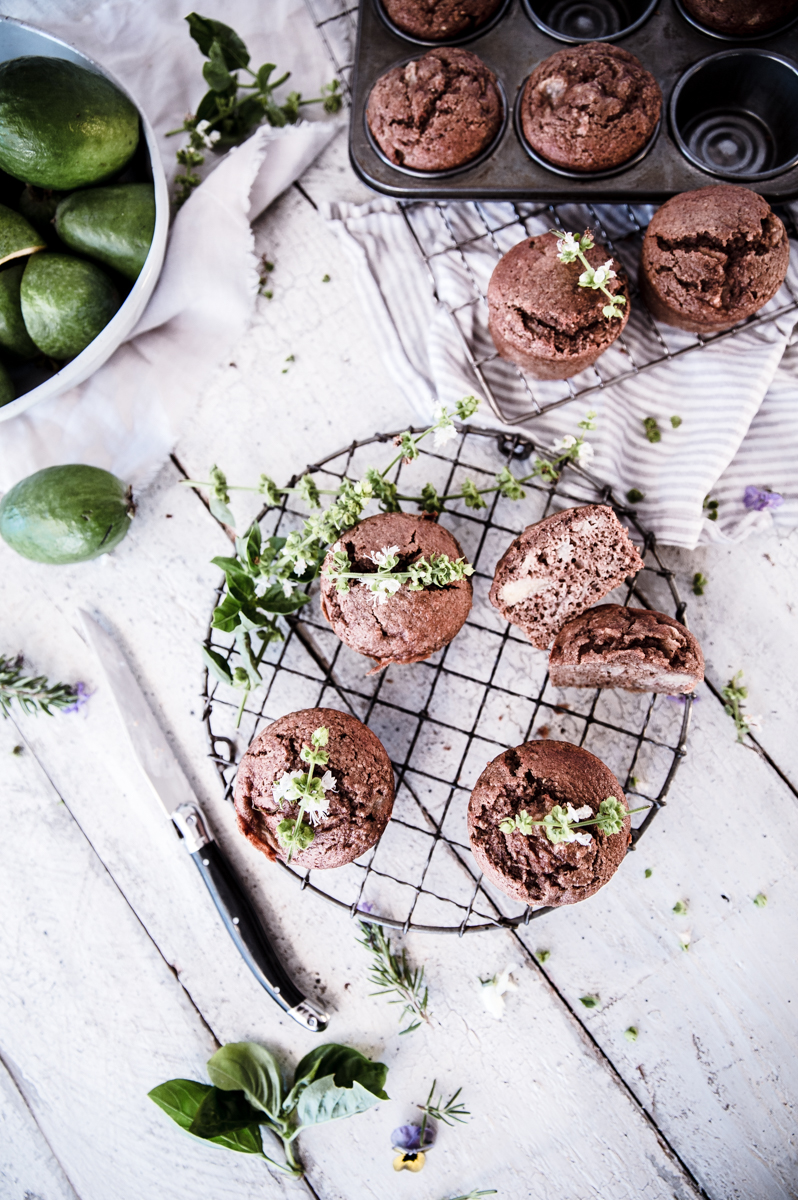