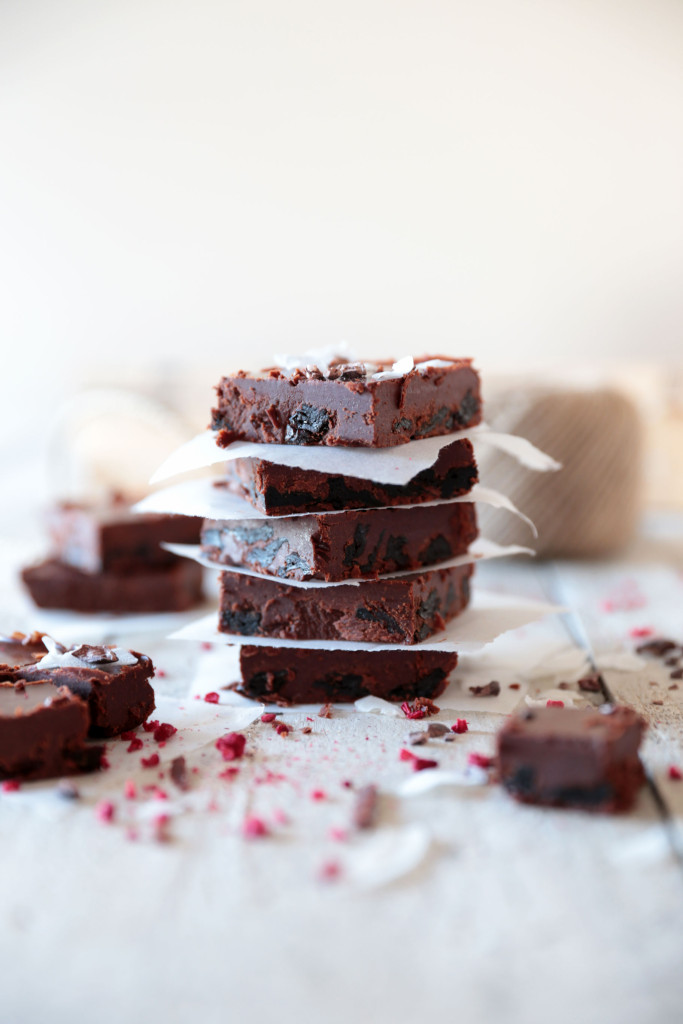 If you’re a raw chocolate lover you’ll most likely have heard of Pana Chocolate. For anyone who hasn’t, Pana Chocolate is an Australian based chocolate maker that produces one of the best tasting, raw, organic chocolate’s available. If you’re luckily enough to live near one of their Australian outlets you might have also tried their amazing raw desserts. For anyone who wants to see what I’m talking about, check out their popular Instagram page here. I have yet to sample Pana Chocolate’s raw desserts, but I have tried their chocolate and it’s pretty damn good as far as raw, dairy-free chocolate goes!

So I was pretty excited when I discovered Pana Chocolate as not only does it contain no refined sugar, gluten, dairy or soy, it also has a rich fudgey texture and literally melts in your mouth! It’s also organic and completely raw which means all the antioxidants, amino acids, vitamins and minerals present in the chocolate are fully intact and readily absorbed by your body. The only downside about this amazing chocolate is that it’s usually in high demand so you can’t always find it in store, and almost never find the flavour you’re after, plus it’s pretty expensive too.

Naturally this led me to try and replicate this chocolate, how hard could it be?! Obviously they’ve spent many years perfecting their recipe and method and they source specific raw cacao and cacao butter to create their unique flavour. But it’s not as hard as you may think to create a simple, fudgey, pana style chocolate that you can then add all sorts of flavourings to.

Because I love the qualities of milk chocolate I’ve created this recipe to reflect that with just 40% cacao, and combined it with sour cherries and vanilla. If you like a darker chocolate then by all means add more cacao and decrease the coconut oil quantity.

Have fun with this raw chocolate recipe, play around with the cacao percentage and try adding whatever flavourings or additions of your choosing. Nuts are great, swapping the cherries for freeze dried raspberries, or adding another flavouring such as orange all work really well. And even though the ingredients for this recipe can be a little pricey, you do end up with a lot more raw chocolate than if you were to buy a ready made bar! Enjoy x

Have you tried to make your own raw chocolate before? Any hints or tips or questions about this recipe – leave a comment in the section below! 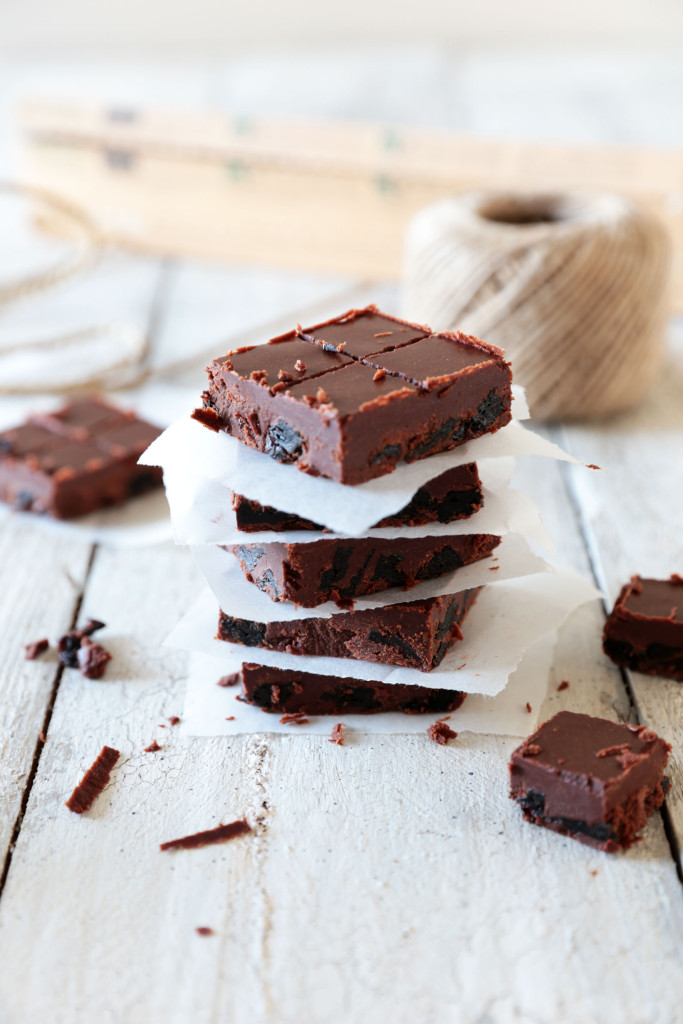 Note: the steps below ensure that you measure the coconut oil and cacao butter quantities in their melted form. If you measure them in their dry form you will be short. The reason I haven’t given the measurements for their dry forms (even though this would be easier!) is because it’s much harder to accurately fit solid raw cacao into a cup.

Line a small tray approximately 20 x 20cm or smaller with a double layer of cling film.

Bring a small pan of water to the boil and then turn off the heat. Place a heat proof bowl on top of the pan and add 1 cup of coconut oil plus a bit extra, and stir until melted. Measure 1 cup of the melted coconut oil and pour this into a second bowl. Any extra just pour back into the coconut oil jar. Repeat this step for the cacao butter (about 3/4 – 1 cup dry cacao butter = 1/2 cup melted).

When you have the melted coconut oil and cacao butter together in the second bowl add the maple syrup and stir well using a whisk. Add the scraped vanilla seeds, salt, cinnamon and raw cacao powder and give it a good stir with the whisk until everything is well combined. Pour the chocolate mixture through a fine sieve to break up any cacao powder lumps and remove any vanilla pod remnants. Add the sour cherries and stir to combine. 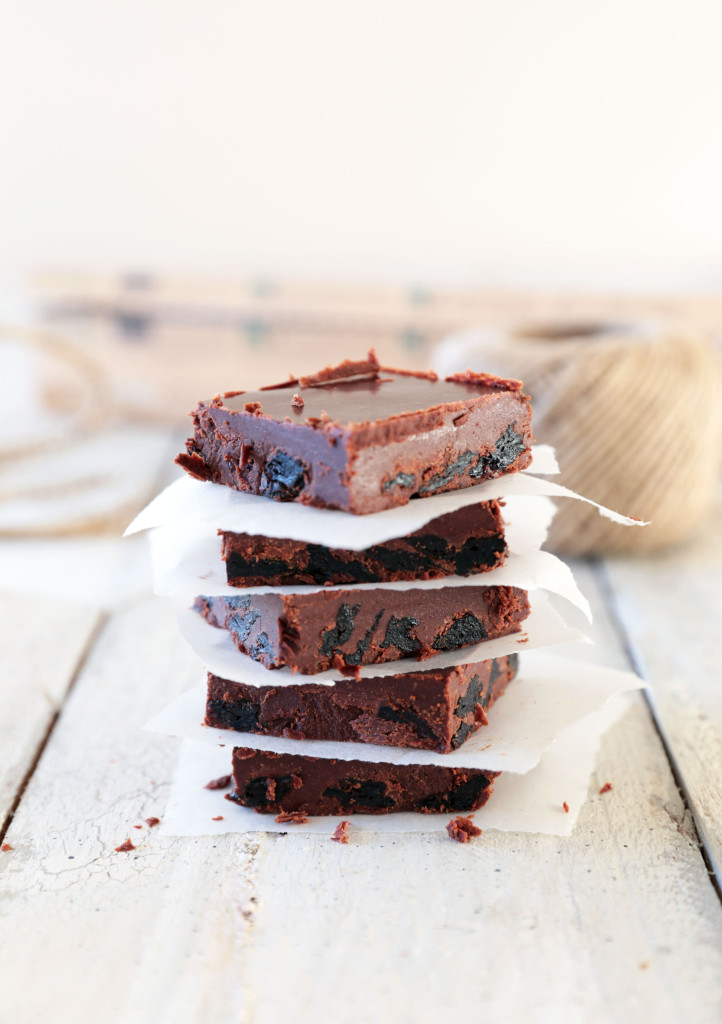