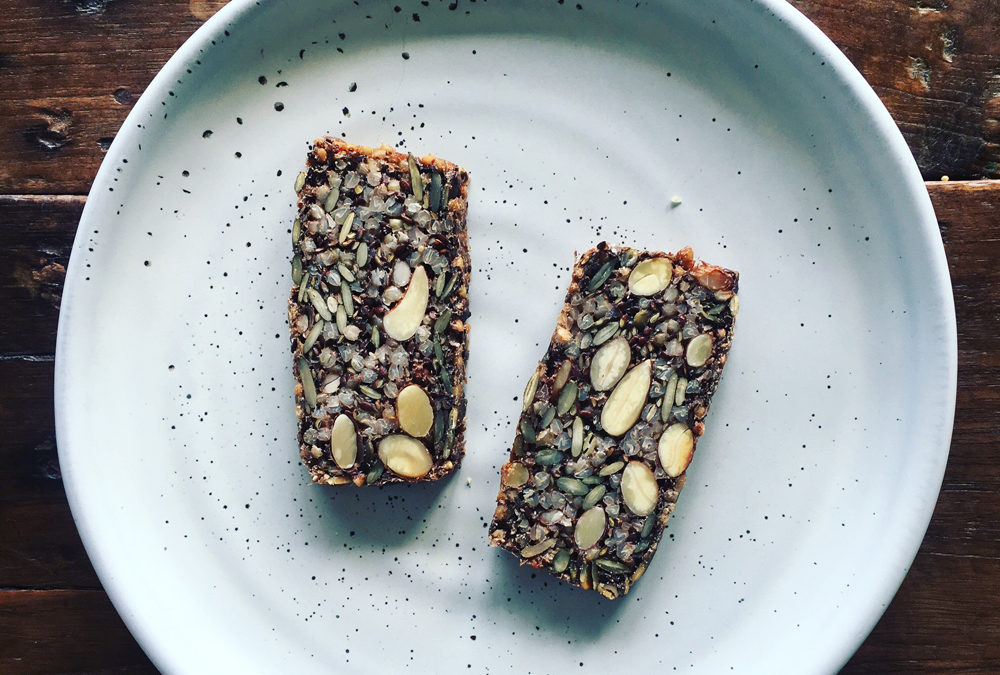 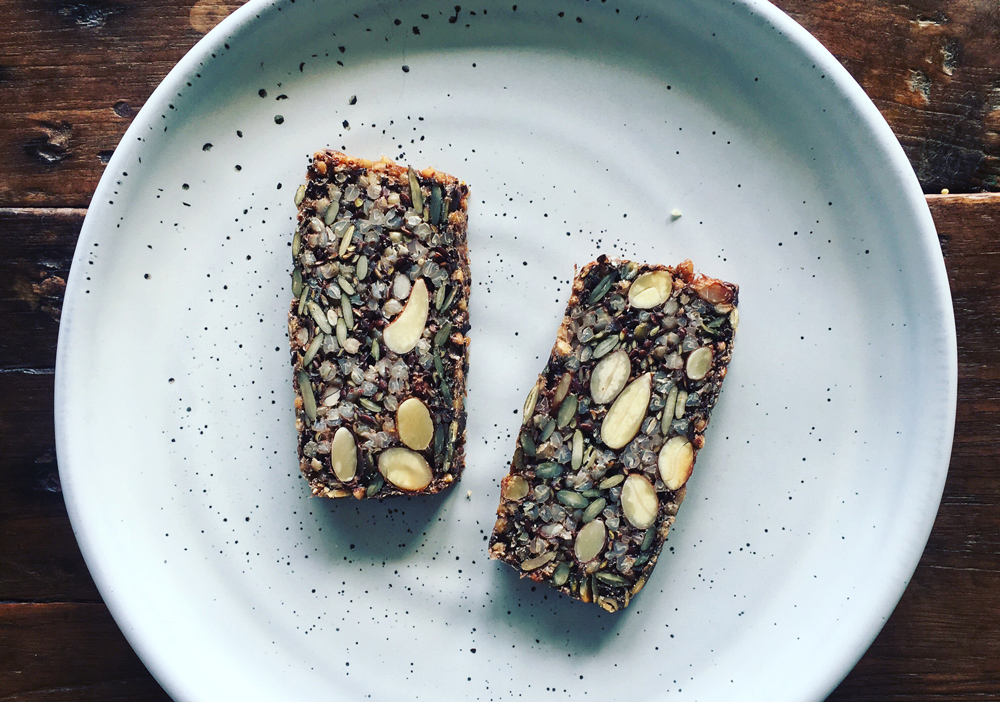 This activated buckwheat seed and nut bread is my grain and sugar free adaptation of Sarah Britton’s Life Changing Loaf of Bread recipe.

Sarah’s bread is literally famous. Type ‘life changing bread’ into google and you’ll instantly get over 7 million results. Her recipe has been shared all over the internet, everyone seems to have had a go at making their own version, and I am of course no exception.

This bread doesn’t just turn the traditional bread making process on it’s head, it pretty much blasts it out of the park. For starters it contains no yeast, so there’s no kneading, proving, shaping and so on. It’s gluten, dairy and egg free which means almost everyone can eat it, and best of all it’s low in carbohydrates and packed with protein and fibre, by way of nuts, seeds and psyllium husks.

Psyllium is the magic ingredient that binds it altogether by combining with water and forming a glue. It’s one of natures most absorbent fibres and as such is brilliant at getting the digestion moving. It can also aid weight loss, alleviate diarrhoea and constipation, and help reduce cholesterol.

I have to admit I discovered Sarah’s recipe years ago, but it wasn’t until I tried another very similar bread called the Freedom Loaf by The Midnight Baker, that I was spurred on to give it a go.

The original life changing bread recipe isn’t grain free and contains a little sweetener so, because I intended to eat it, I adapted it outright. I swapped the oats for soaked buckwheat groats and simply left out the maple syrup. I also used almonds instead of hazelnuts (because they’re more affordable where we are) and seeing as I was soaking the buckwheat groats I also soaked all the nuts and seeds. This part is optional, because the nuts and seeds are baked their activated nutrients won’t remain so, but the soaking process does make them more digestible by removing the inhibitor enzymes on their skins. Soaking the buckwheat isn’t optional unless you want rock hard, teeth breaking bread. Lastly I also added a few spices and tweaked some of the quantities.

The resulting bread was so delicious, I now don’t even kid myself about stopping at just one piece. But the good news is it’s so packed with nutrients, fibre and protein, while being completely sugar and carb free, that it’s truly good for you. 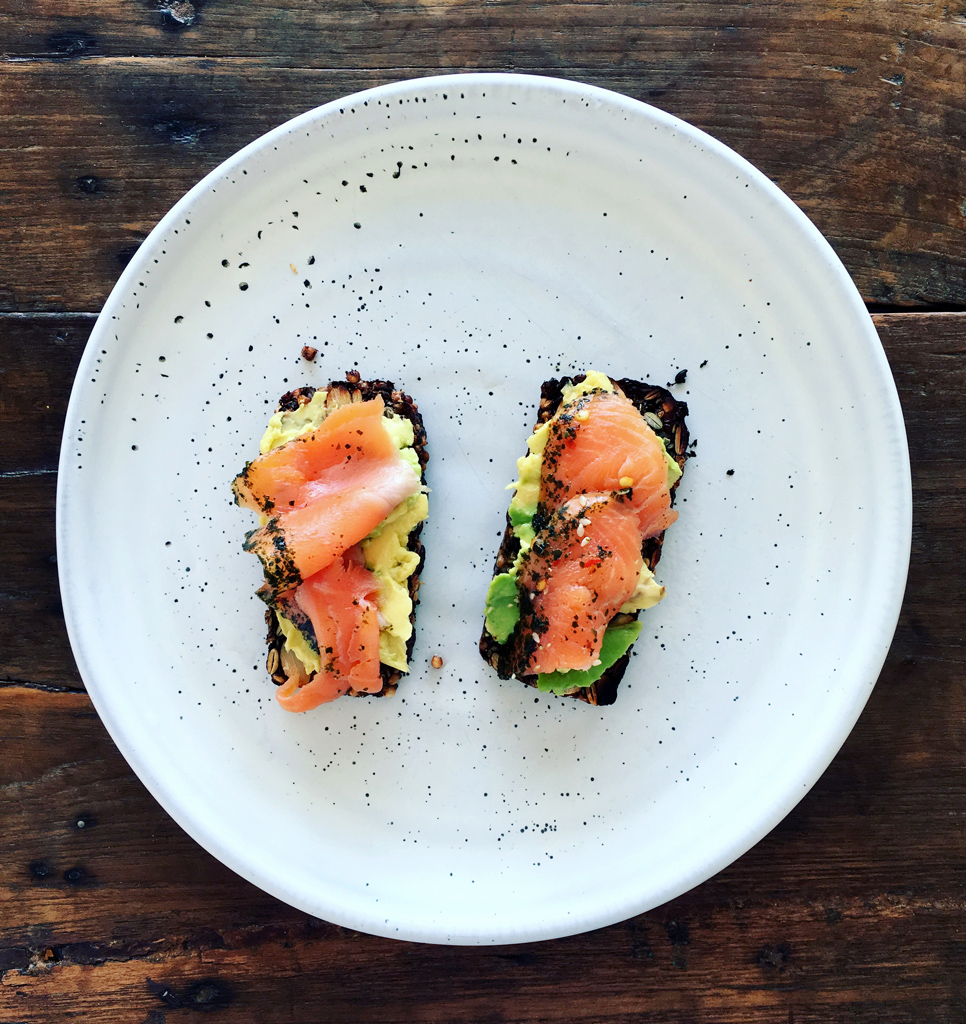 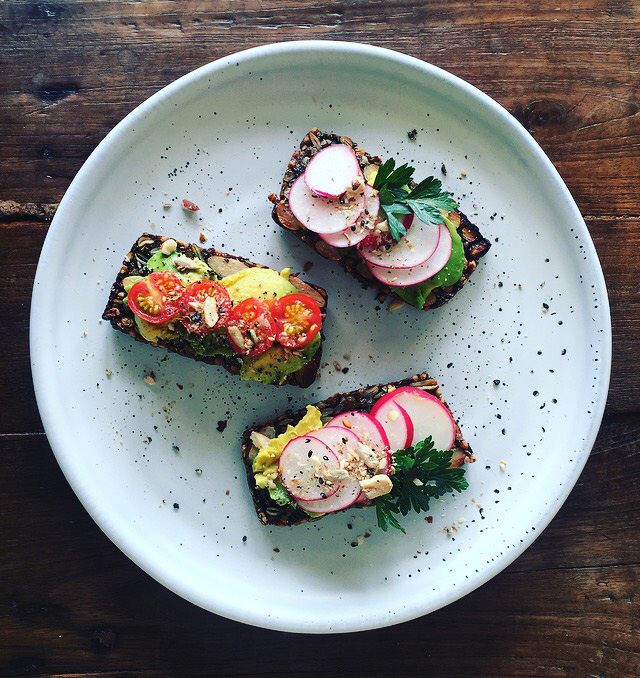 Because this bread was so ridiculously delicious I also adapted it into hot cross buns which I posted here. These are like a spicier, sweeter version with sultanas, and also pretty life changing.

My best tip for this activated buckwheat seed and nut bread, after you’ve removed it from the oven and let it cool (and probably eaten a few slices even though the recipe says to wait until fully cold before slicing), is to slice up half the loaf and pop it into the freezer so you’ll always have some on hand.

This revolutionary bread is delicious eaten by the slice straight from the loaf, lightly toasted with a little melted coconut oil or almond butter, or piled up with toppings such as avocado, cherry tomatoes, parsley and radish, or avocado and smoked salmon as per the pictures above.

The possibilities really are endless but I’ll leave those up to you.

If you make this life changing grain free bread then I’d love to hear from you! Let me know in the comments below what you think and what your favourite toppings are. Enjoy! 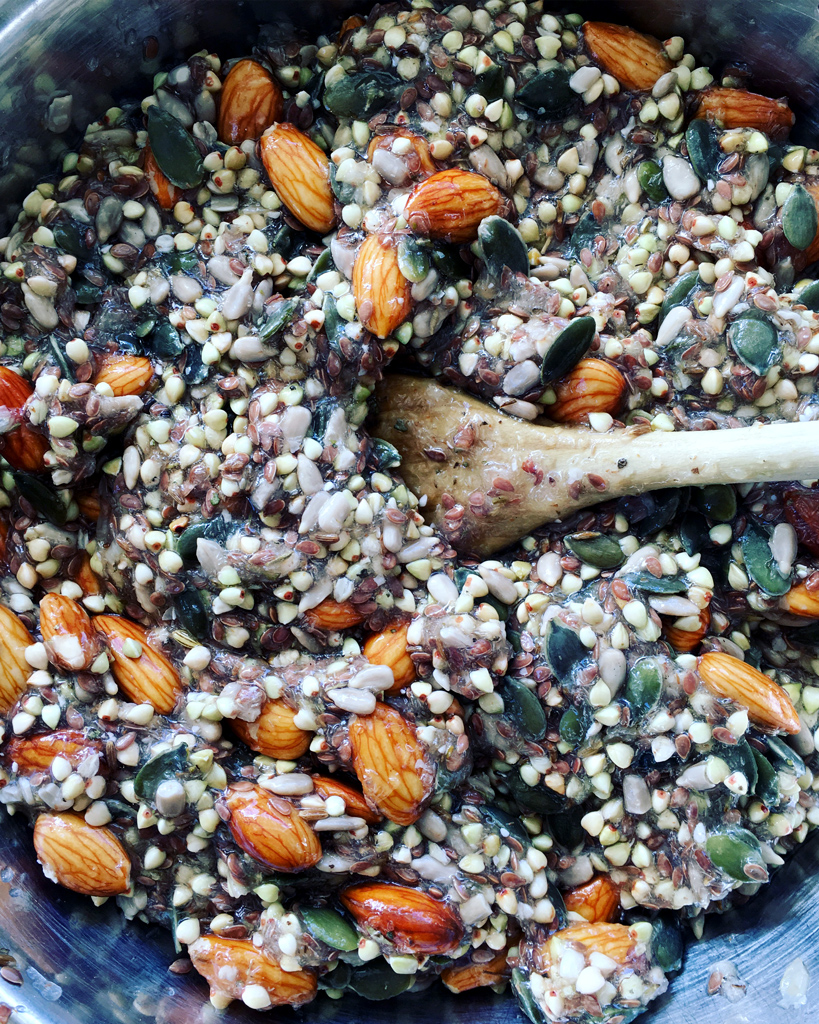 To soak the buckwheat, place it in a bowl and cover with filtered water. Leave at room temperature for 2 to 4 hours, then drain and wash well to remove the mucilaginous substance released. If you wish to soak the nuts and seeds do the same but leave the sunflower and pumpkin seeds to soak for 4 to 6 hours and the almonds to soak for 10 to 12 hours.

To make the bread, place all the ingredients into a bowl and stir with a large spoon until evenly mixed. Either use a non stick loaf tin or line one with baking paper. Pour the mixture into the loaf tin and leave to stand for a minimum of 2 hours to allow the psyllium and flaxseeds to absorb all the water.

Preheat the oven to 175ºC fan bake. Place the loaf into the centre of the oven and bake for approximately 30 to 40 minutes or until it feels firm and you can easily tip it out of the tin. Place the loaf back into the oven directly on the rack and bake another 30 minutes. It’s ready when it sounds hollow when tapped.

Remove the loaf from the oven and place on a wire rack to cool completely before slicing.

This bread is delicious eaten freshly sliced or toasted, and will keep in a sealed container in the fridge for up to a week. It’s a great idea to keep a stash of this bread in the freezer, where it will keep for up to 3 months. Be sure to slice before freezing! 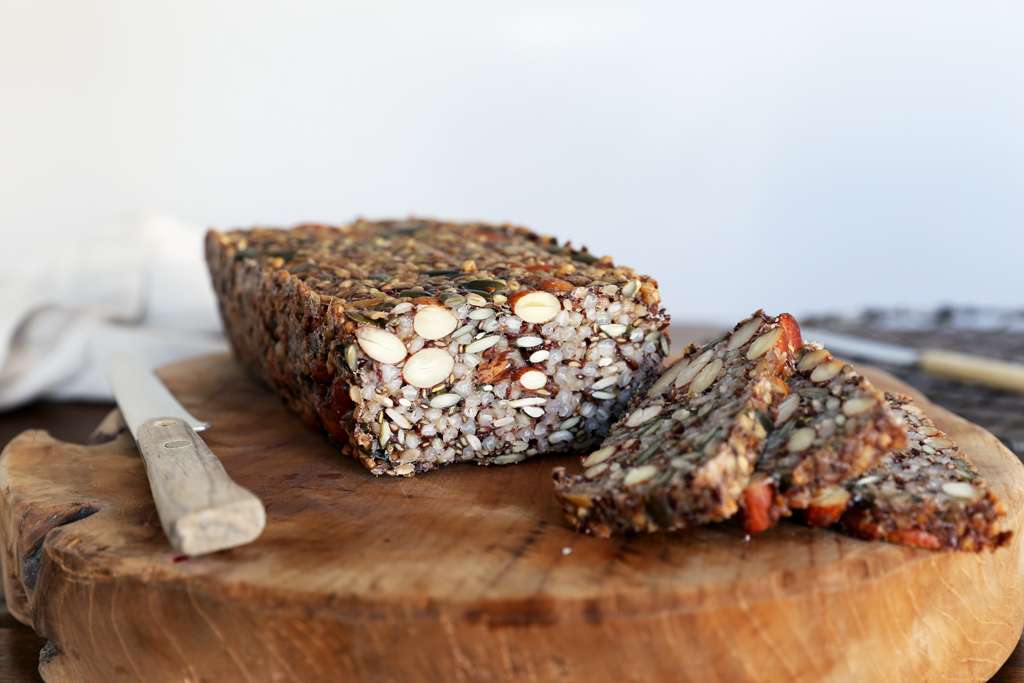