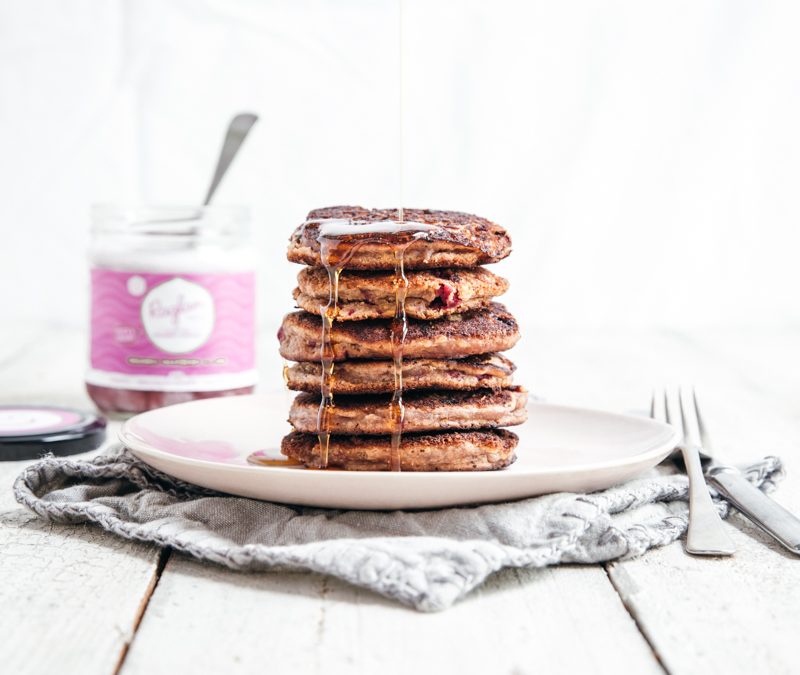 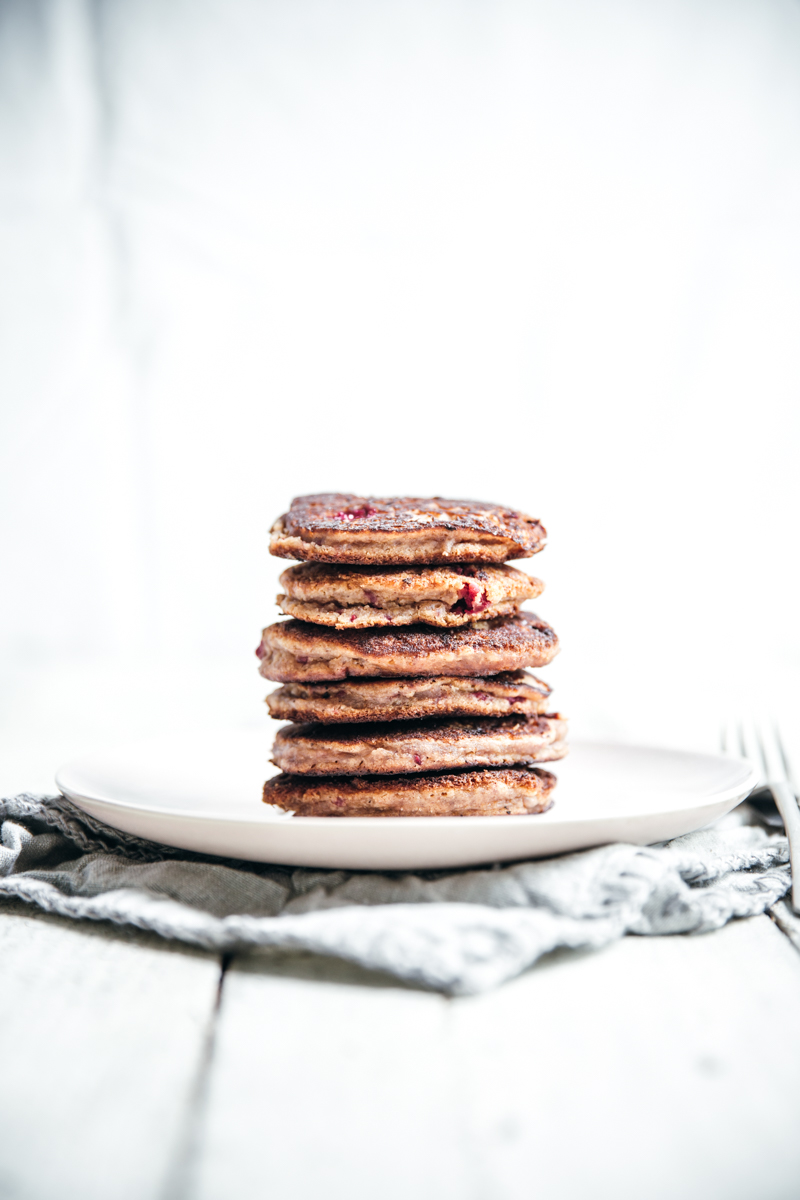 The inspiration for these Raspberry & Lime Buckwheat Pancakes came from a recipe I posted couple of weeks ago for these Apple & Cinnamon Donut Pancakes, which was the first fully vegan pancake recipe I’ve posted on Swoon Food.

I called them donut pancakes becasue they were so thick and fluffy, with an amazing melt-in-your-mouth cake-like texture, they reminded me of cake donuts!

They turned out so well that it got me really excited for all the new flavours of vegan pancakes I could now create.

So for these next vegan pancakes I wanted to create a recipe that didn’t require any egg substitutes such as flax eggs or apple sauce, but with an equally soft and fluffy texture as the apple & cinnamon donut pancakes. Possible? 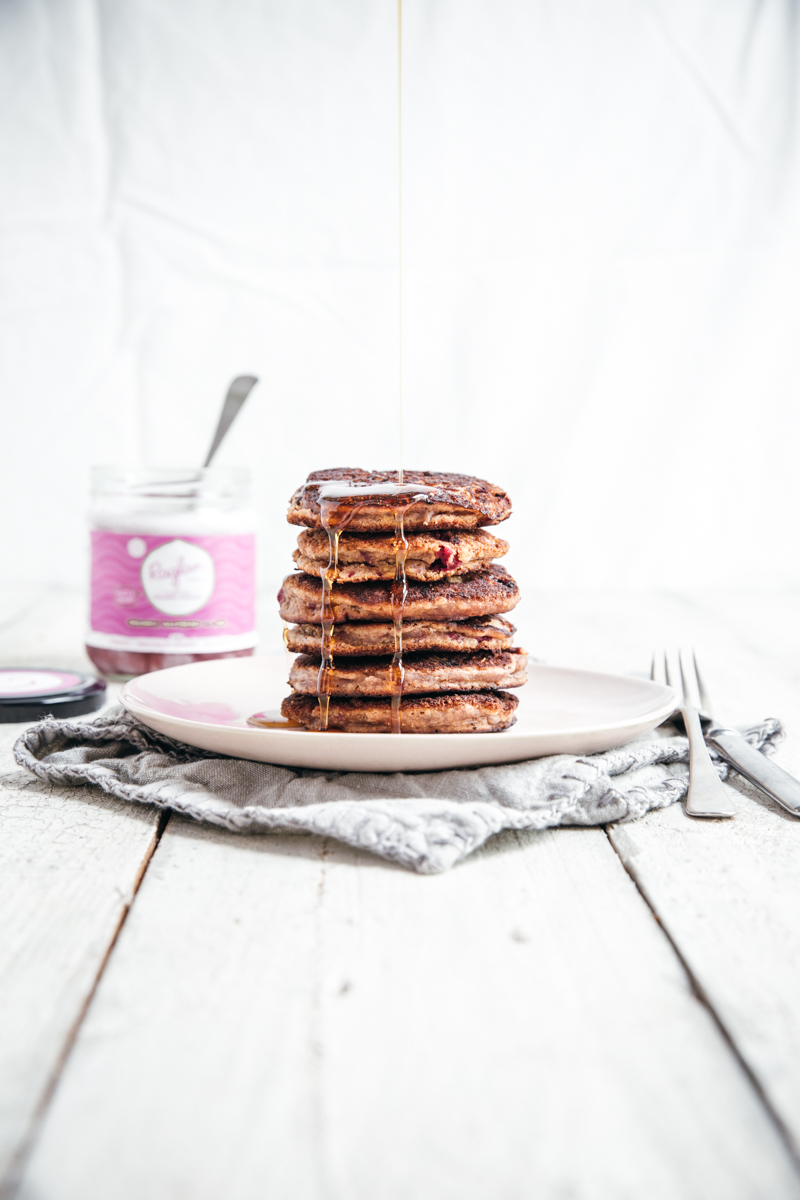 I also happened to have to a jar of Raglan Coconut Yoghurt’s raspberry & lime coconut yoghurt in my fridge and with a lime tree laden with new season limes which were just begging to be made into pancakes together!

If you haven’t tried the raspberry and lime combo yet, it’s a must! The zestiness of lime combines with the tanginess of fresh raspberries so well, it’s almost as if they were always meant to be eaten together. 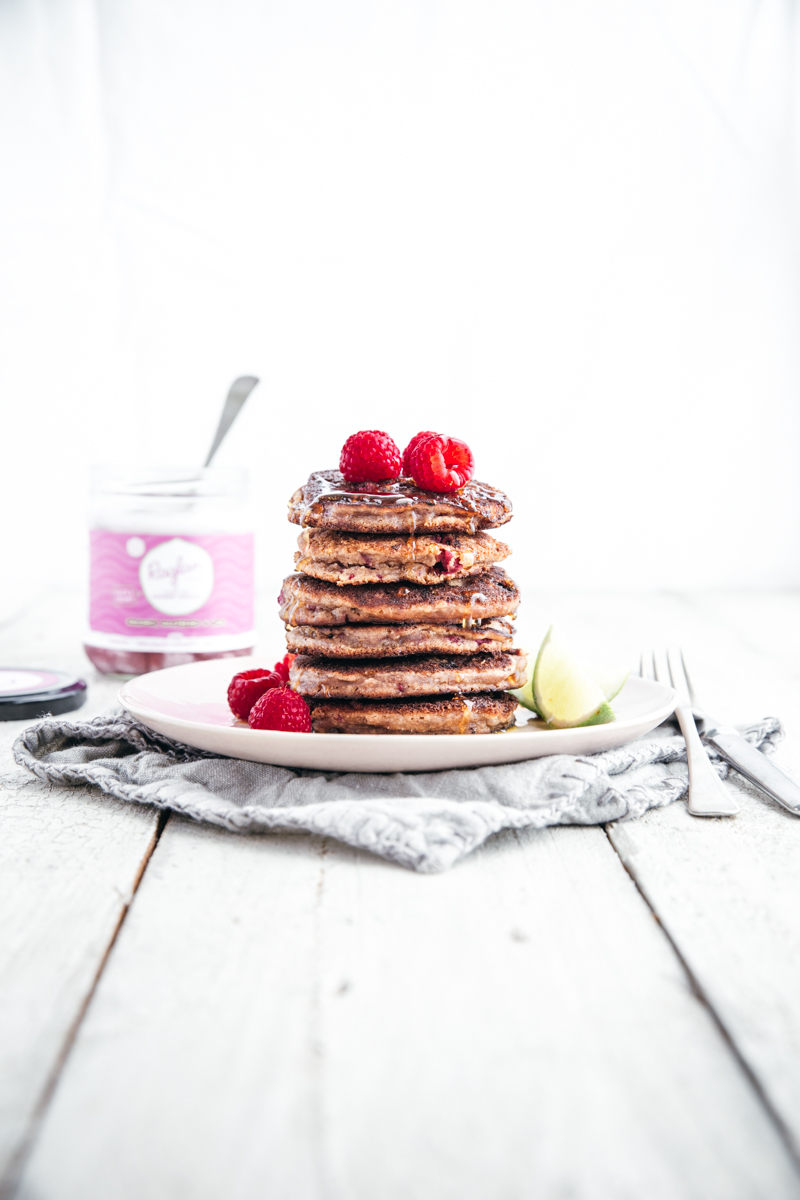 Serve these raspberry & lime buckwheat pancakes hot with a drizzle of maple syrup, a dollop of your favourite coconut yoghurt and a sprinkling of freeze dried raspberries if you’re feeling fancy.

Most of the time these pancakes barely make it to the plate long enough to add toppings…they’re just too good straight from the pan!

If you do happen to be left with leftovers, these pancakes keep well in the fridge for a couple of days so that’s breakfast and snacks sorted. And if you make a double batch a great tip is to put half in the freezer and your future self will thank you later!

When you make these Raspberry & Lime Buckwheat Pancakes, let me know!

Heat a spoonful of coconut oil in a heavy based fry pan over medium low heat.
When the pan in hot add spoonfuls of pancake mix and shape into round circles.
When you see bubbles appearing all over, flip the pancakes to cook the other side adding more coconut oil as you need it.
Keep an eye on your pan heat, if it gets too hot the pancakes will burn quickly becasue of the berries.

Pile the warm pancakes up on a plate, drizzle with pure maple syrup and top with coconut yoghurt, fresh and/or freeze dried raspberries. 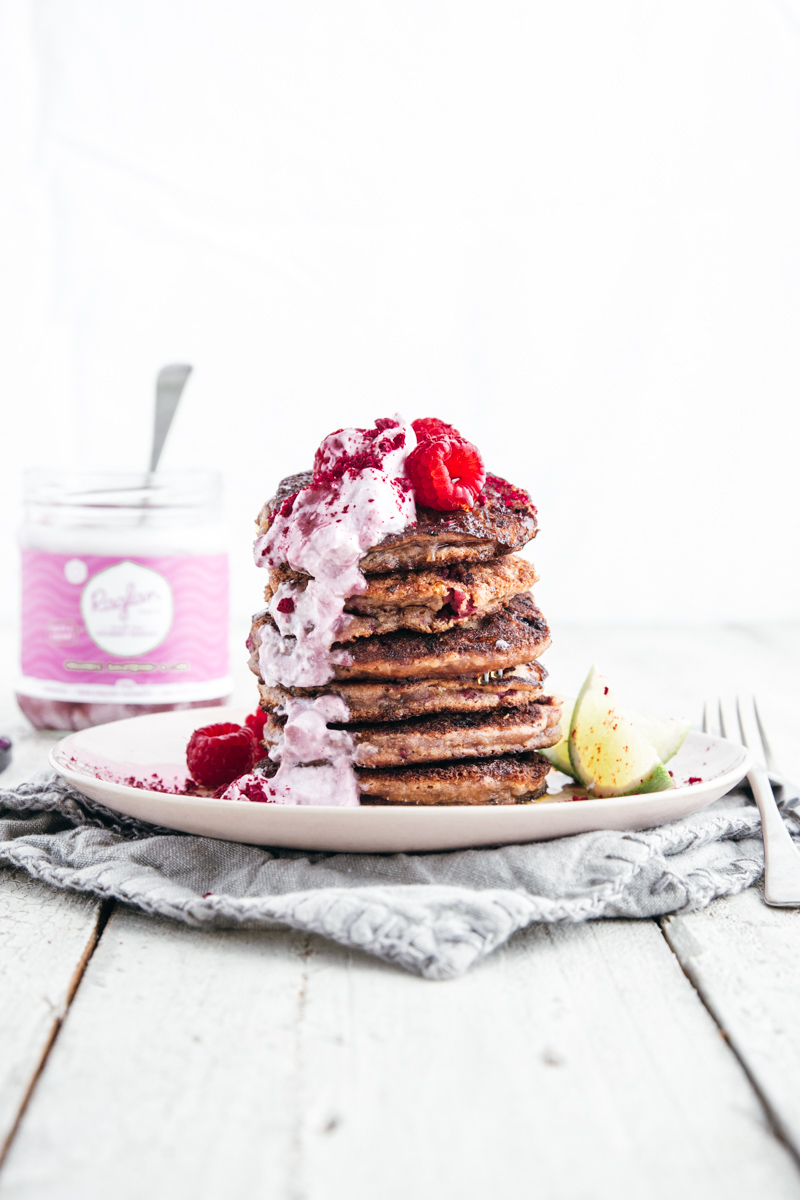